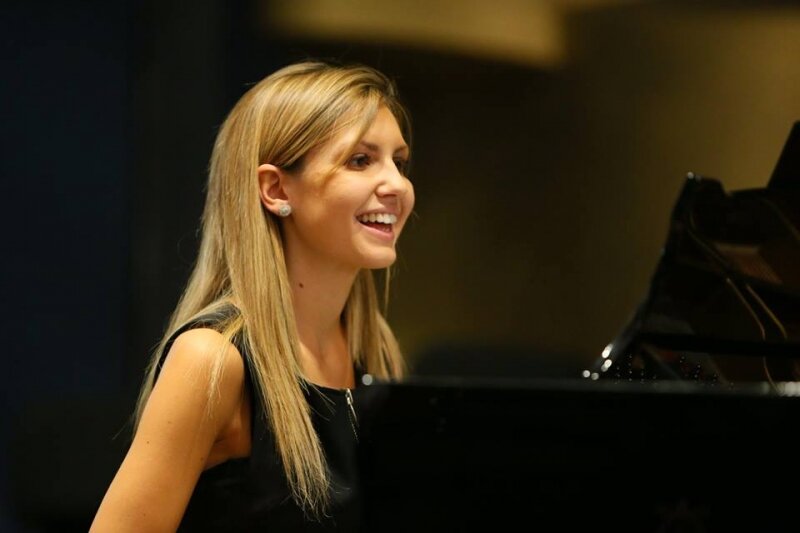 Vanessa Benelli Mosell is a rising star on the international music scene. She is continuously praised for her virtuosity, her technical brilliance and the sensitivity of her musical insight, which have been shaped significantly in mentorships with Karlheinz Stockhausen and Yuri Bashmet.

In spring 2015, Vanessa Benelli Mosell released her recording, and debut on the DECCA label – a juxtaposition of Stockhausen and Stravinsky and followed this in 2016 with LIGHT a further disc in her Stockhausen series. Also in 2016, Vanessa will release her debut concerto CD for DECCA of Rachmaninov’s Piano Concerto No.2 with the London Philharmonic Orchestra. In 2016 she made the Spanish PREMIERE of Enrique Granados Piano Concerto at Palau de la Musica Catalana in Barcelona followed by an acclaimed sold-out debut at Teatro alla Scala in Milan as well as at Teatro Regio in Turin with Orchestra del Teatro Regio di Torino conducted by Diego Matheuz for MiTo Festival. Furthermore 2016 saw her first performing a “ Stockhausen Marathon", a cycle of Stockhausen's Klavierstücke, for the Sagra Musicale Malatestiana in Rimini.

Future highlights include recitals at the Muziekgebouw in Amsterdam and at the Elbphilharminie in Hamburg; a portrait in Ireland with concerti by Rachmaninov and George Benjamin, and her debut at the Royal Festival Hall, Southbank Centre performing Nino Rota with the London Philharmonic Orchestra.