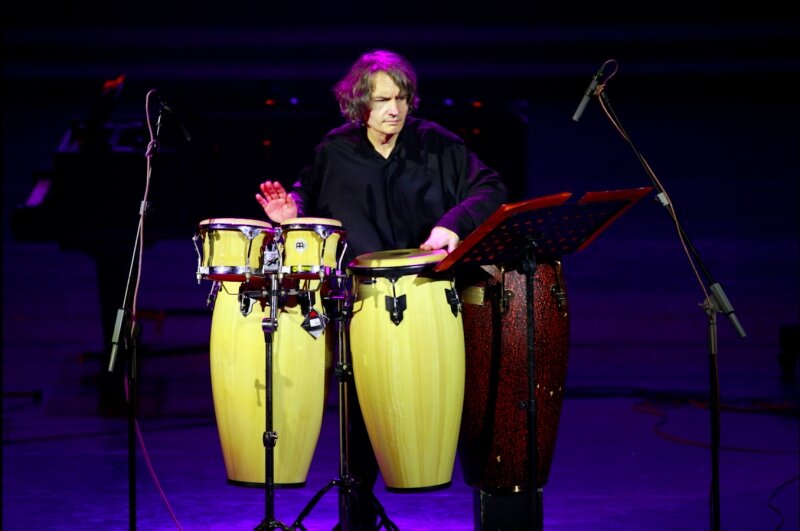 “Thierry Miroglio is one of the great contemporary percussionists”

Since several years Thierry Miroglio is realizing a brilliant solo career where he is invited to give in forty countries recitals and solo concerts in numerous venues and prestigious Festivals.

Thierry Miroglio is one of the very few percussionists in the world to realize such a high level of solo activity, which includes a repertoire of more than 350 works (solo and concerti). He has collaborated with many different studios of electroacoustic music research (Ircam, Grm, Keams Seoul, Eamc Shanghai, Beams Boston, Cemc Peking...), and gives recitals which join music, visual and plastic arts, electronics and other artistic forms such as theater (S.Monfort) and dance (J.Cl.Gallotta, Trisha Brown). Numerous international radio and television stations have recorded his concerts, or realized productions and recordings with his participation (recently the Saarbrücken German Radio dedicated him one broadcasting).

For several years, he has worked in collaboration with such composers Cage, Berio, Saariaho, Ohana, Risset... giving premiere performances of their pieces, many of which are dedicated to him.