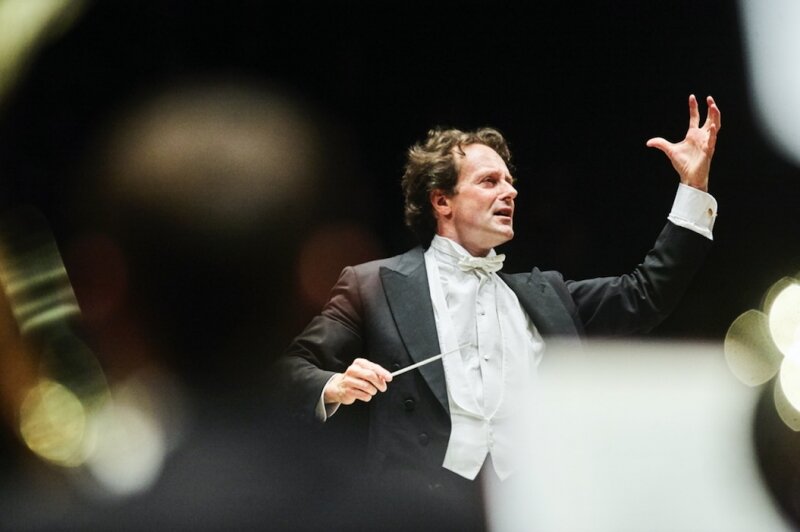 Massimiliano Caldi (Milano 1967), with a big international experience in the fields of symphonic music, opera, operetta and ballet, an attention on contemporary music and on the revival of the 19th century opera, stands out for his high professional preparation and for his bright and linear directorial style.

Recently, in opera field, he conducted Rossini’s Il Barbiere di Siviglia (January-February 2017), Verdi's Nabucco (May 2017) and Rapsodia Satanica by Mascagni (October 2017) at Teatr Wielki of Poznan, a selection of Puccini's La Rondine at the National Philharmonic Hall in Warsaw for the XXI edition of the Ludwig van Beethoven Easter Festival (April 2017), Notte per me luminosa by Marco Betta at Teatro Municipale of Piacenza (April 2017) and the prologue from Mefistofele by Boito (June 2017) with "A.Rubinstein" Philharmonic Choir and Orchestra in Łódź.

In symphonic field he debuted in Berlin with the Konzerthaus Kammerorchester Berlin (November 2016), at the Moscow Conservatory’s Rachmaninov Hall with Sinfonietta Cracovia (November 2016), with the Istanbul State Symphony Orchestra (February 2017) and in the Gold Sall of the  Musikverein in Vienna (November 2017) with the "A.Malawski" Philharmonic Orchestra of Rzeszów. He took part at Łancut International Festival for conducting Beethoven's Symphony n.9 (May 2017), he conducted Carmina Burana by Orff (June 2017) at the Philharmonic in Gdansk. Among his upcoming appointments, he will make his debut at Teatro Ristori of Verona (March 2018), he will come back on the podium of the Istanbul State Symphony Orchestra (February 2018), in St. Petersburg with the Philharmonic Orchestra (April 2018) and on the podium of Orchestra I Pomeriggi Musicali (May 2018).

In January 2018 Caldi has recorded for the Label Acte Préalable, the CD Raul Koczalski - Piano concertos containing the two rare Concerts for piano and orchestra No. 1 in B minor op.7 and No. 2 in G major op.83 by Koczalski. The pianist Joanna Ławrynowicz is accompanied by the "A.Malawski" Symphony Orchestra  of Rzeszów conducted by Maestro Caldi.