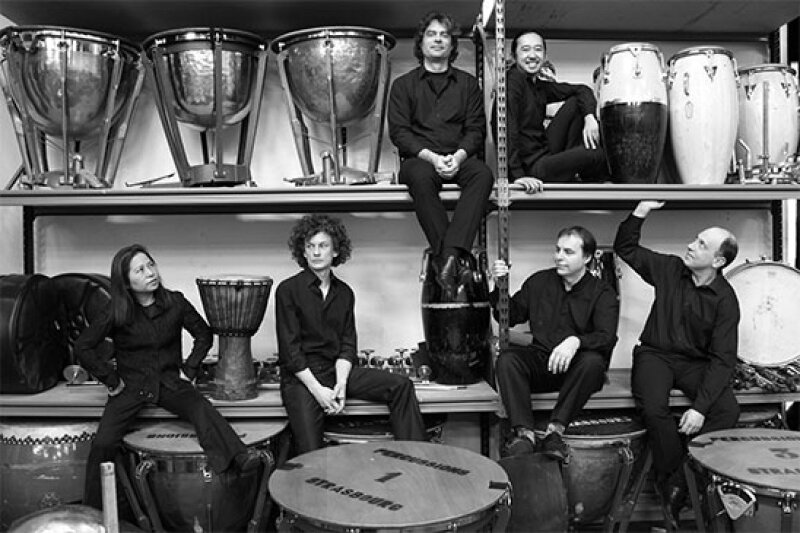 The invention of a tradition: HALF A CENTURY OF CREATIONS
It all began in 1959, when Pierre Boulez was invited to conduct his work Le Visage Nuptial in Strasbourg. To form the large desk of percussions he needed, musicians from the Strasbourg Orchestra and the ORTF orchestra were brought together. The six young musicians – Bernard Balet, Jean Batigne, Lucien Droeller, Jean-Paul Finkbeiner, Claude Ricou and Georges Van Gucht – driven by a common innovative will and a strong friendship, then decided to create a percussion ensemble : repertoire, choice of instruments, everything had to be invented… the « Groupe Instrumental à Percussion » was born and later became « Les Percussions de Strasbourg ».