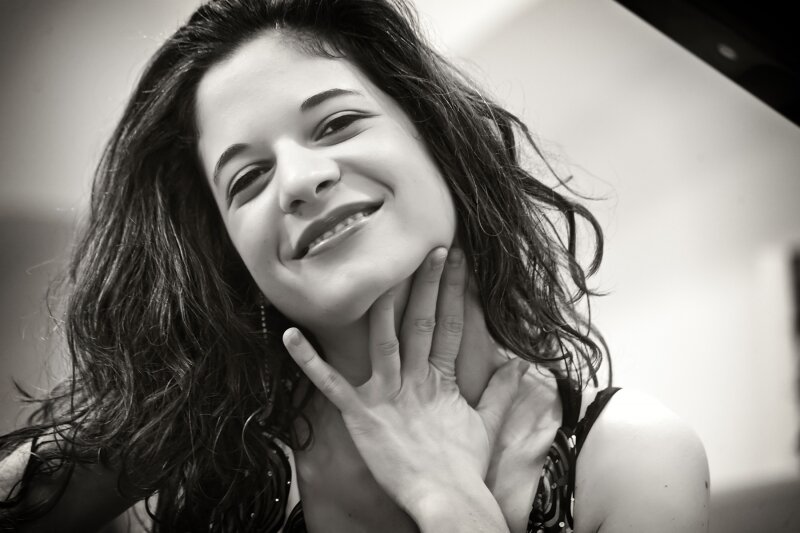 “Irene Veneziano loves music rather than self-serving display and brings a welcome breath of modesty, culture, charm, refinement, poetry and dare I say it, the sensibility of the feminine to her fine playing” M. Moran.

“Irene Veneziano is a pianist that does not fear silence, because silence is the foundation of her pianistic strength” Marta Nadzieja.

Irene Veneziano plays regularly all over the world.

In Beijing she was appointed an honorary member of Beijing Bravoce Music Club and in Peru she received the honorific title “Visitante distinguida”. In January 2011 she had her debut at the Alla Scala Theatre in Milan, having great success from public and critics.

She was semifinalist in the prestigious 16th “International Piano Competition F. Chopin” in Warsaw 2010 and finalist at the “International German Piano Award” in Frankfurt 2015. She was awarded in more than 30 national and international piano competitions, including Prix Jean Clostre in Genève, 2nd Prize in B&B in New York, Premio “Casella” in Premio Venezia competition, First Prize and Grand Prix at Tim Competition in Paris 2012.

Irene Veneziano was featured on “I concerti del Quirinale” broadcast of Radio3, on Radio Clásica – Radio Nacional de España, on “The Pianist” broadcast of Radio Classica in Milano, in Radio Popolare and has also performed live three times on Radio Suisse Romande in Geneva for the “Espace 2” station.